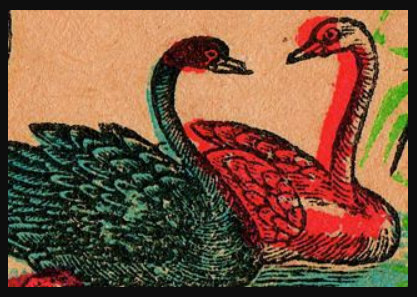 “A fox may steal your hens, Sir,
A Whore your health and Pence, Sir…”[i]

Mather the thief pushed through the stink of people at Covent market, eyed the singer’s begging-bowl of pinchbeck[ii], moved on.  He had bigger game in mind, although the thought of a whore within grasp, a roasting hen within bite, made his concentration falter.  He collided with an oversized urchin, a mess of rags.

Mather instinctively laid his hand inside his overcoat, but the thing was safe deep in his poacher’s pocket.  Takes a thief to know.  This boy looked the very spit of a cutpurse.  As did most of the moiling mob pushing between the barrows of greens, meats and fly-crumbed fish.  A flower-seller began to bicker with a feather-dyer, and people were stalling and grinning in anticipation of a brawl.

Mather pushed the urchin away.  Thought a moment; pulled the lad back to him by the grubby stock round the boy’s stringy throat.

“…Your daughter rob your Chest, Sir,
Your Wife may steal your Rest, Sir,

‘You boy.  You’re a pickpocket and I’ll report you soon as anything.  You know this place?’

‘What’s it to you, ol’ gollumpus, you got nuffin to nick ‘cept the wet straw in your rotten boots.  Let go or I’ll scream.’

‘You scream boy an be done, for I’ll scream louder and you’ll be taken by the Peelers.’

A pause as they stared each other down.  The flower-seller flogged the feather-dyer with a branch of heather, and the air was briefly sharpened; a herby scent of wind over the South Downs, of sun-cleaned sheets, of childhood on the roads behind a bony carthorse.

‘Cully[iii]? You know a good cully?  I’m after a fencing-house boy and I reckon you’re good for the knowledge.’

The boy’s quick grin threatened to obliterate his eyes:

Mather the Thief shied; was there a trick in the stupid boy? ‘Don’t gammon me, mind!’

‘Na,’ said the urchin, ‘you’re safe uncle, trust me’, and he pushed Mather towards the pie shop.

Forty greasy minutes later, they picked a path towards a neglected stretch of Thames-bank.  Abandoned warehouses wilted inexorably down rot-black piers into an oubliette of tides and silts.  Mather sniffed the air, alert for trouble, opportunity, danger.  But he was miles from home; would he know the smell of trouble here, where everything was ripe with decadence?

The boy stopped at a nameless door, marked out as a tavern by a dusty branch tied above. A giant of a man lent by the crumbly door jamb.

‘Hey uncle, is Mr Hobbes inside?’  The urchin picked gristle from his teeth and grinned again, ‘Is he, hey, is’e?’

The huge man grunted meaninglessly but the boy pushed open the door anyway and pulled Mather inside, past the gatekeeper’s gaze.  The giant eyed Mather so thoroughly, he felt he’d never actually been looked at by anyone before.  He felt his insides had been examined, his bones and thoughts and very hiccoughs for all of his 25 years were being inspected, memorised, by this prison-hulk in fustian trousers.  He followed the boy.

They walked into what might have been a used coffin.  The ceiling sagged so low in the middle that it was propped up by a row of bottles on a table; mud and dead grass were visible through cracks in the mouldy welkin.  The walls looked unreliable; no, actually, very reliably about to break open and spill dirt and bones to lap at Mather’s boots.  The occupants were the stuff of a maiden’s nightmare, a surgeon’s waste bin.  And the smell, even above the background of sewers and London rot, was practically visible in its gagging awfulness.  Mather wondered if he was dead, and if so why did the air hurt his face so much.

Without flinching, the boy scuttled across to a sulphurous inglenook.  Mather followed, crouched and cowed, all his thievish bravado in hiding.  The boy hunkered down by a slender girl who was, improbably, reading from an illustrated book to someone in the shadows.  The smoky light of a tallow wick fell slug-like across the page.

Rich gold hair slid over the girl’s smooth white shoulder as she turned to face the newcomers, but Mather recoiled, hitting his head on the low ceiling with a damp thud. Her face was ancient, greasy with paint, grotesque. The hair cut from some younger scalp, the skin filled with wax and white clay as polished as porcelain.

‘Yes, boy’.  Her honeyed voice slid in through the thief’s ears, to run down his spine and pool in his belly, but her eyes had seen more than he could imagine.  ‘What did you want to tell him?’

‘I wants to say this here uncle’s got summink and wants to cull it away to Mr Hobbes.  Is he interested?  Is’e?’

A voice of winter came from the shadows and spoke to the girl: ‘Indeed? Interested’.  And the figure shifted upright: a glimpse of a large face (some hint of an old-fashioned brocade surtout?  Or was it ashes, the light was very difficult).  ‘Ask Limplings, what’s he got then?’

Limplings; the urchin had a name now and looked over at Mather with a nod of encouragement.

‘Mister, sir…’ came out as a dry croak from Mather’s suffering throat, but the woman, this ancient girl, punched him full in the chest immediately.

The figure (was Mr Hobbes a tall man?  He couldn’t be sure) shifted negligently in the shadow’s edge.

Mather looked at the woman; does she do the asking, he wasn’t sure.  She looked silently in his general direction.

‘I have a sample, miss.  There’s more where it came from.  And it came from the very best in Kent.  If he’s interested,’ Mather spoke faster than he meant to, ‘I’m ready to bargain the price with an honest cully.  Tell Mr Hobbes that I am.’

He had no idea where to look.  The woman stared unblinking into the smoke above his head.  Limplings was working at a scab behind his ear.  Mr Hobbes yellow eyes (did he have only one leg?  It was so hard to see) were fixed on Mather with an unassailable stare.

Mather the Thief felt down in his pockets, brought up the bundle, unwrapped a silver-gilt casket of arcane design.  It sat in his hand and brightened momently, for the foetid air seemed to retreat from the bejewelled and fretted ornamentation, the Latin markings, the holy symbols inlaid with red gold.  Limplings sighed.  The woman began a lullaby, low and slow.  Mather himself felt stilled by the beauty, and by the sudden recollection of the risks he took to get this ancient wonder into his pocket.

‘Hmmmmm.  Hmmmm, indeed.  Most definitely, hmmmmm,’ said Hobbes (perhaps a dwarf, it was impossible to decide).  ‘Limplings, does he think I might be able to shift that away without anyone noticing what it is? Hmmm?’

‘And!’ Mr Hobbes continued, as Mather choked down a reply, ‘And!  What else from the pilgrims’ treasury does he want to barter?  Ask him, Limplings, definitely ask him, indeed.’  And (was he obese? Or thin as a cadaver, the light was so uncertain) Mr Hobbes leant back from the clear air surrounding the casket, which now seemed to truly glow with its own radiance.

Mather realized he had made a terrible mistake.  He was no thief.  He had stolen no goods of value.

He was a sinning neophyte, a failed abecedarian, a run-away from the abbey.  And he had stolen items not of great value but of incalculable worth and fame; impossible to sell in their original form.  He was the worst of idiots.  His hoard was useless unless it be melted into anonymous trinkets.

As he looked up with tears of frustration and self-pity, Mr Hobbes edged out of the shade.

‘Ah, did he see then?  Indeed, did he, ask him Limplings, did he see the error?  Does he feel a fool, definitely a fool, does he feel that?’  Mr Hobbes was rising out of his seat (was he standing up? Or hovering mid-air, nothing was clear) and reaching out his hand.

His arm reached across (impossibly long, nobody could have an arm that long) the suddenly vast, darkening space between them.

‘But, indeed and most definitely, everyone has something of value to Me.’  Mr Hobbes’s voice filled the whole world.  Hobbes’s fingers (were those talons, suddenly quite clear in the firelight?) moved past the casket and straight into Mather’s living heart, and definitely stole what was left of Mather’s, indeed rotten, soul.

[iii] Cully: a fence, a dealer in stolen goods.

writing and other occupations View all posts by Pam Swanborough

1 thought on “The Thief”